A long gap and a lot of images.

Some updated card images so I can link them easily.  There has been a lot of talk about 'full bleed' style cards and redesigning VTES cards. 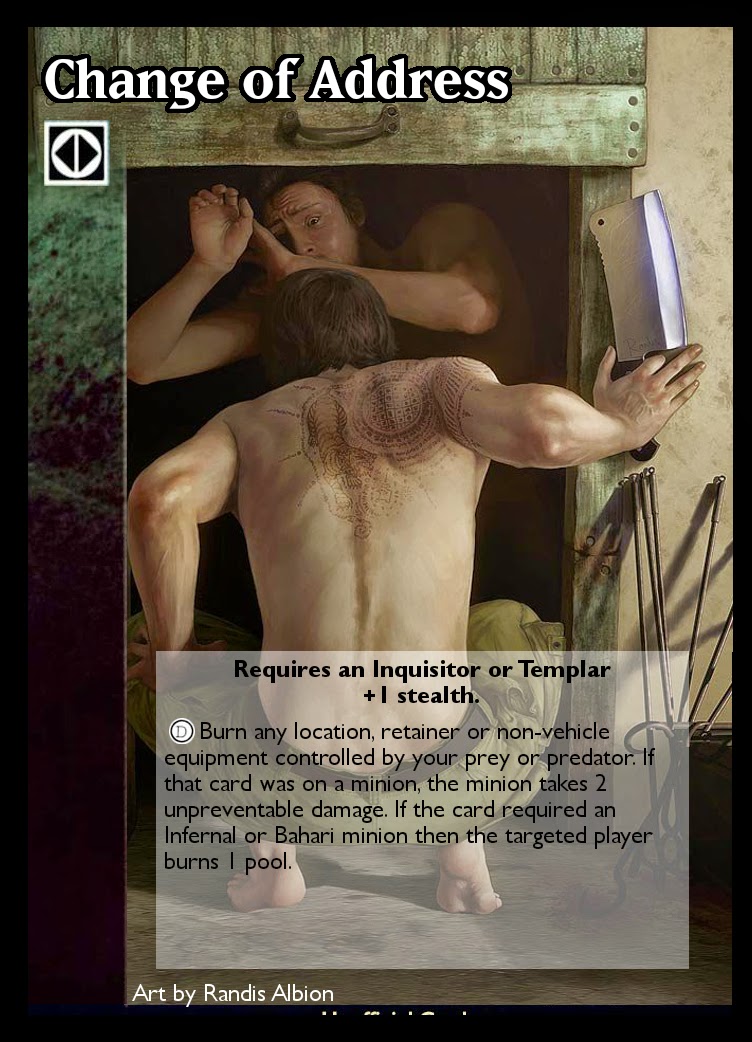 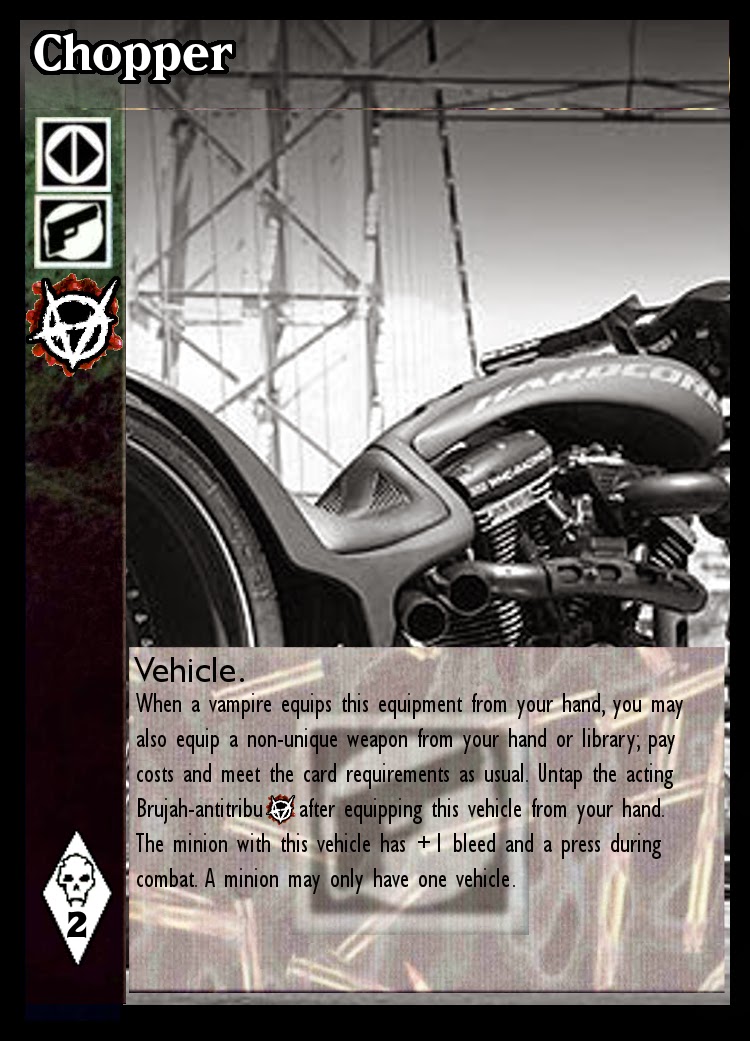 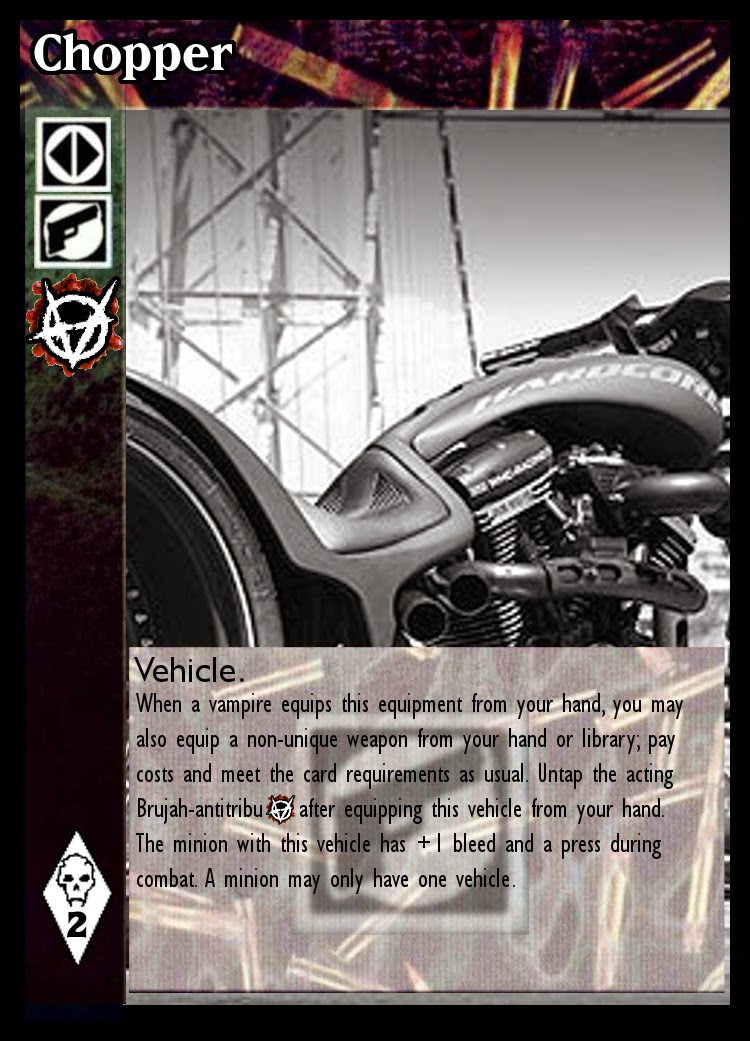 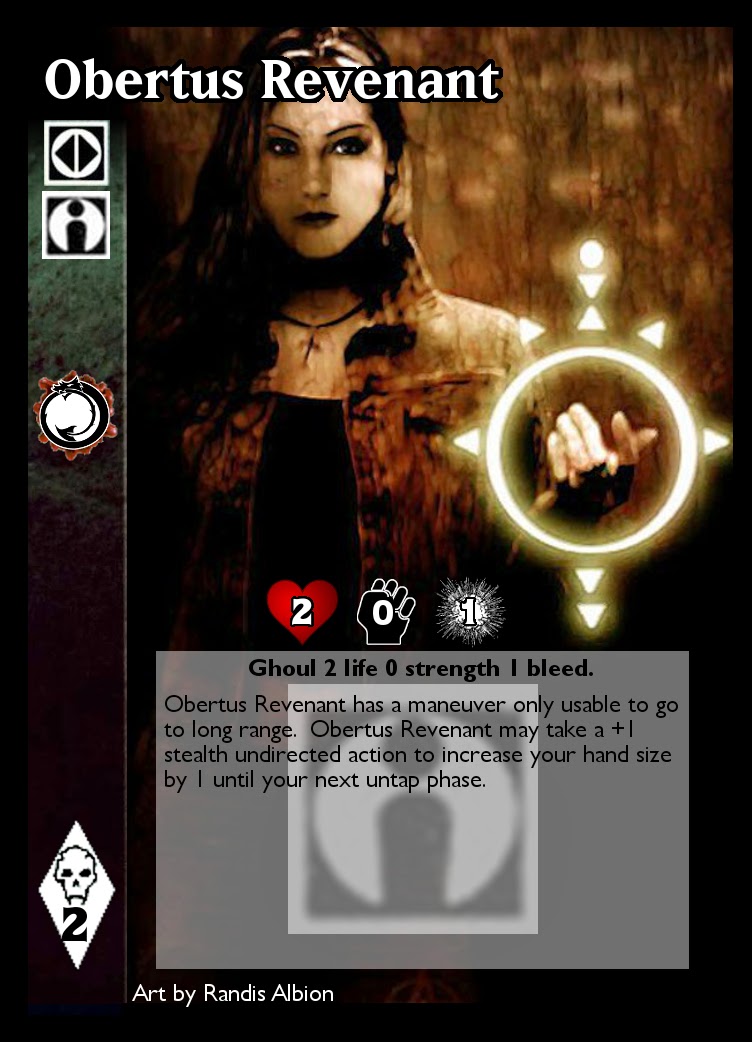 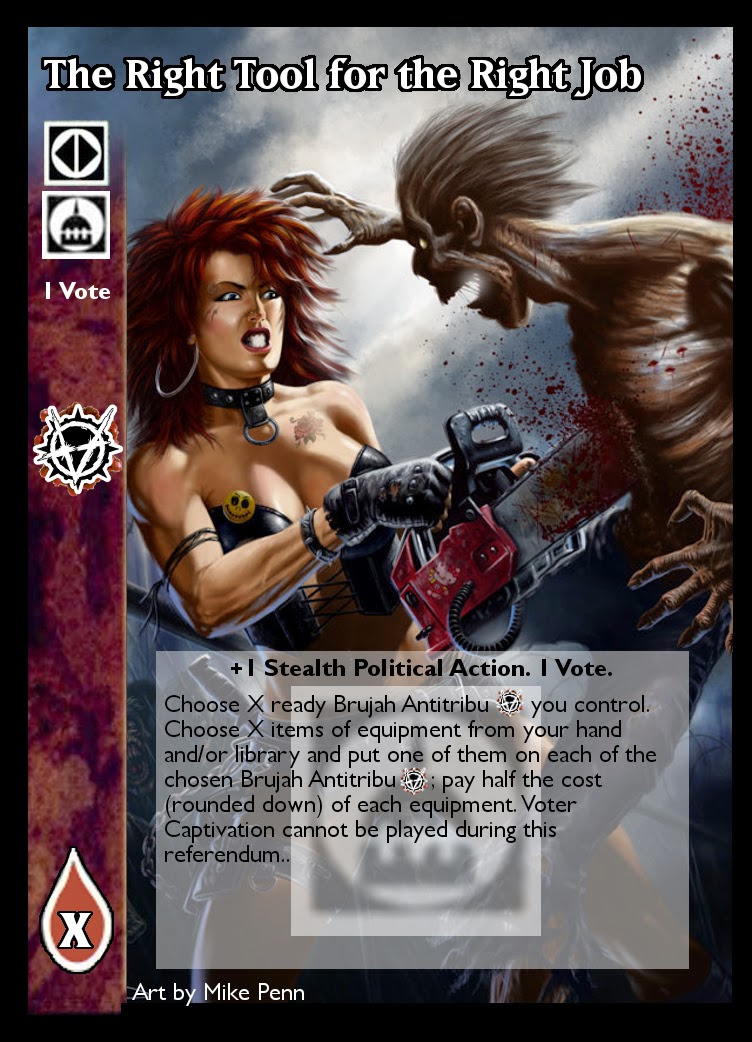 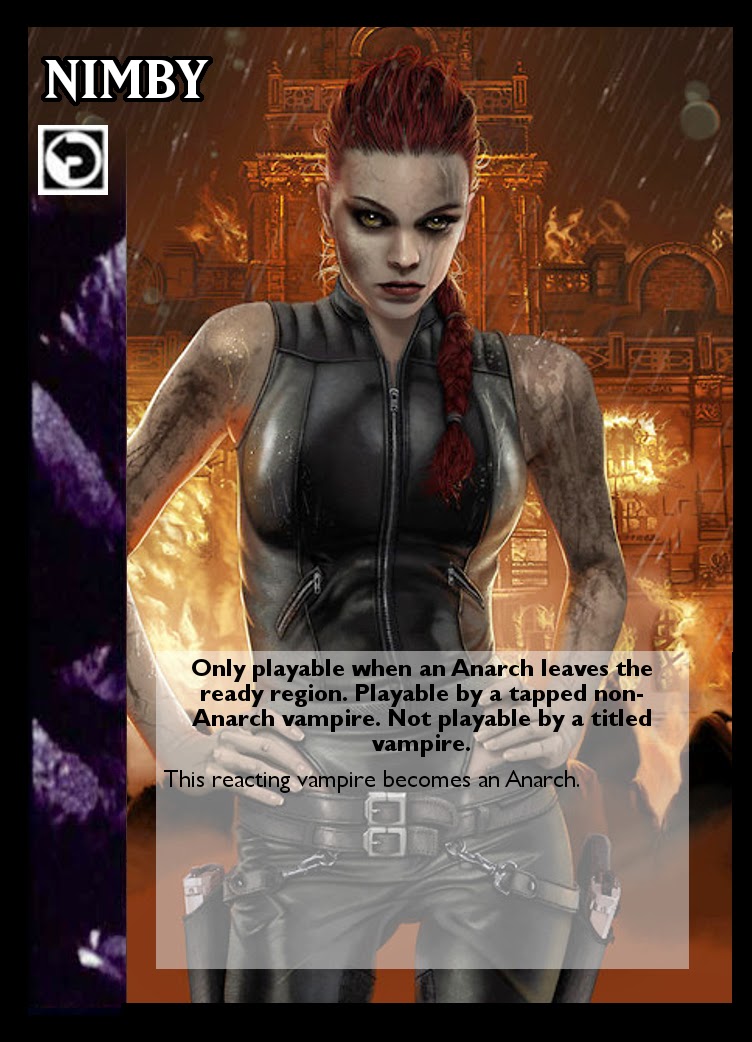 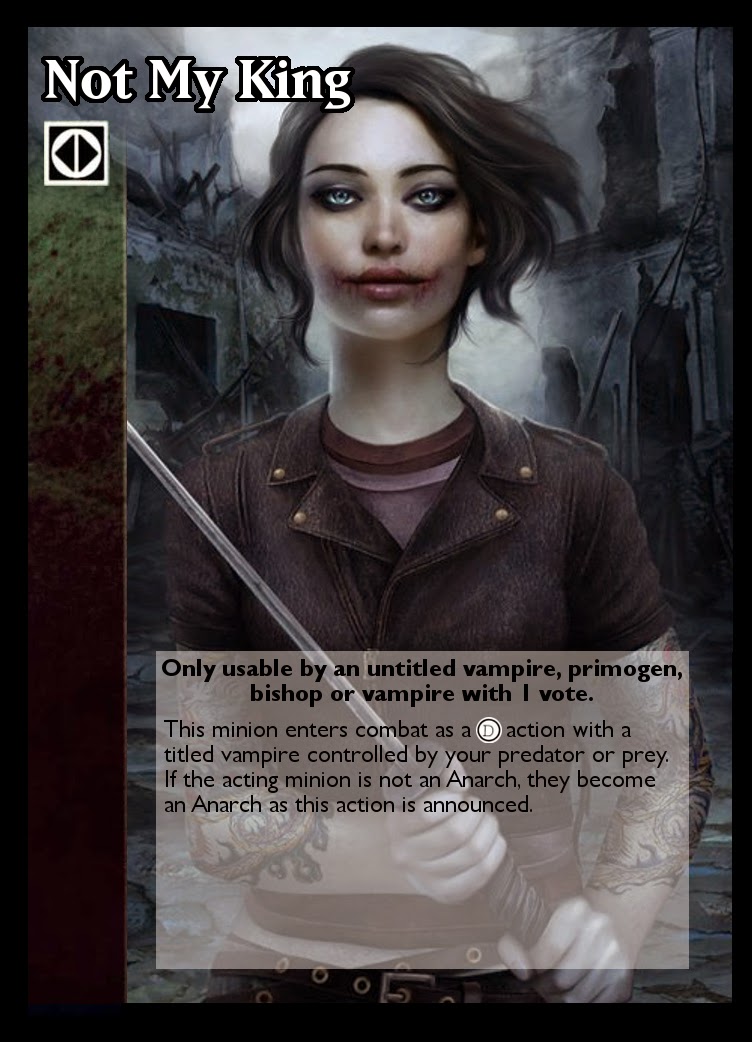 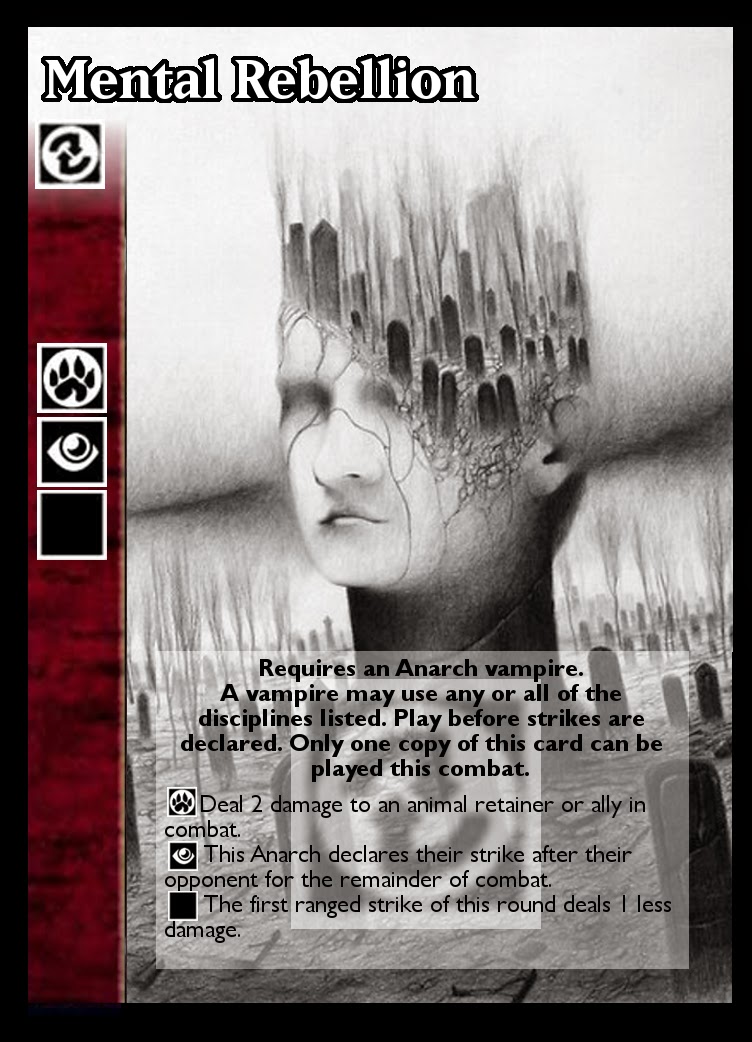 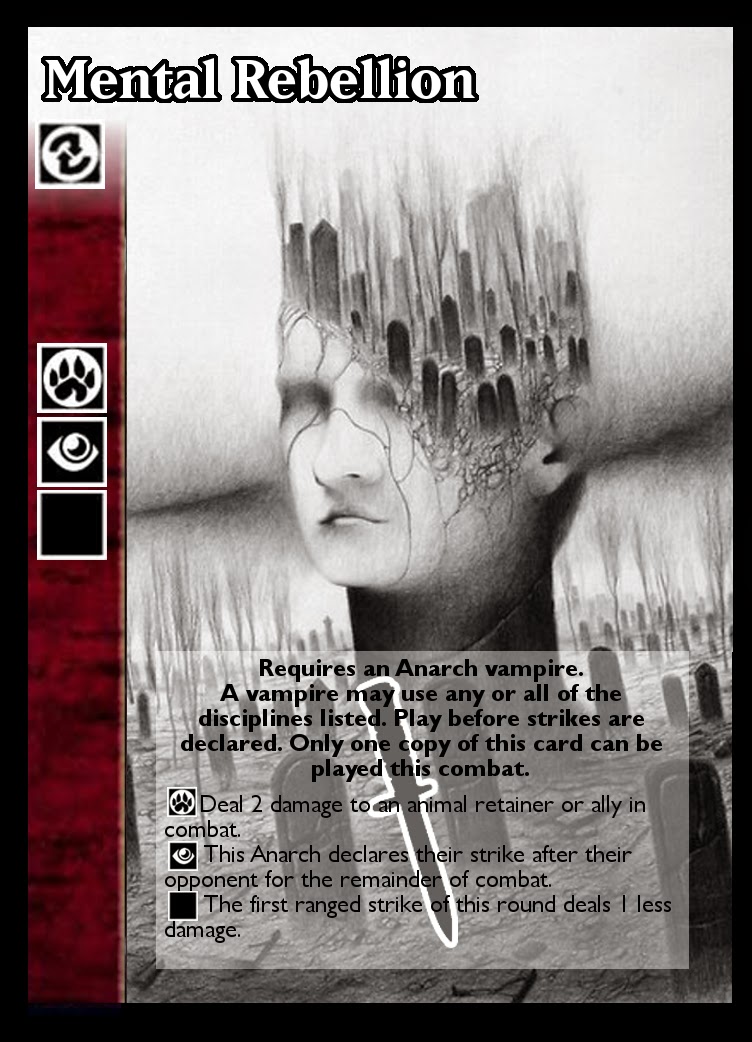 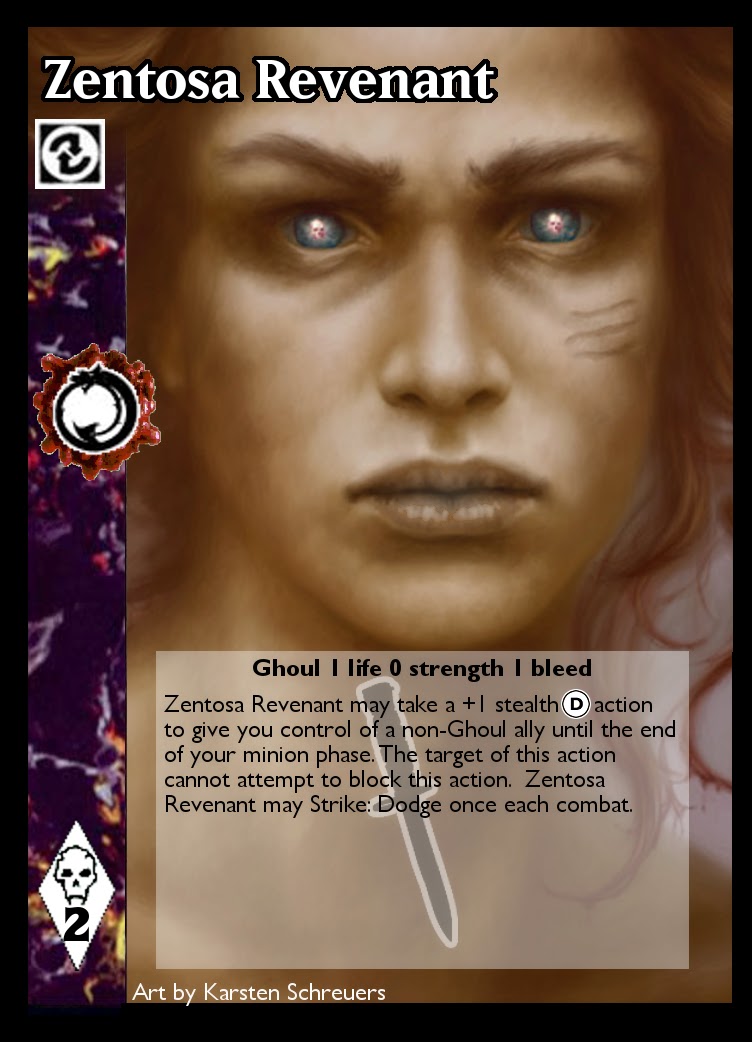 I've had more time on my hands lately, and I have been thinking that VTES could get a rebuild and maybe a rebuild would get us away from problems associated with Copyright.  So, the plan is this... propose a rebuild of VTES so that:
I'll knock up some designs and show them.  As I said, this isn't just meant to be a 'fuss around the edges'... I'm talking Rule Book, Card Looks, Requirements, the whole box and dice.
Posted by Juggernaut1981 at 10:54 AM 1 comment:

I've been thinking a little bit, after the recent play-testing round, that it might be worth doing a VTES set themed around the combat specialists of VTES.

I'm sure almost all of the clans, in the canon, have at least one or two vampires who were kept around in the power structure  because they were really good at beating other people up.

So, if you have some vampires from Canon that you think I should go look at (and maybe turn into a VTES style card) let me know.  I'm going to dig around the obvious culprits: Paladins, Archons, Warrior Castes, Salubri Antitribbu, Giovanni Thugs & etc.

Both the VEKN and myself are keen to have more artwork which is suitable for VTES. I love the idea of this game being a proving ground for new illustrators and artists.

If you'd like to send art to the VEKN then go here.

If you'd like to send me some art I can use for my VTES-related creations (instead of the artwork I've found from places like Epilogue.net) then send me an email: juggernautofvtes@gmail.com